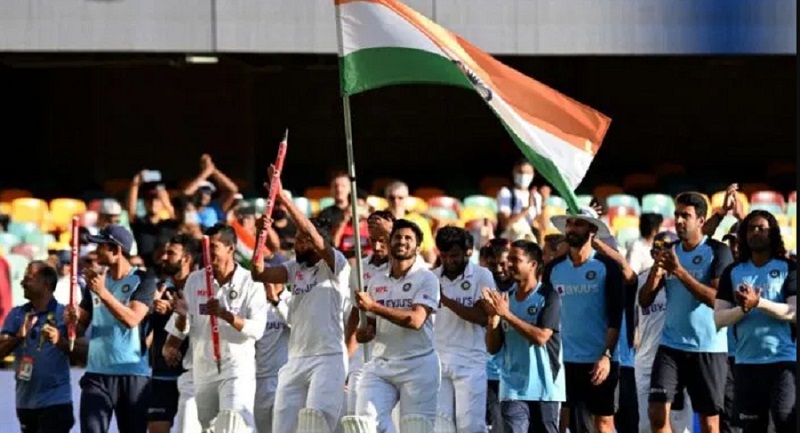 Call it magic, miracle, luck, or sheer hard work and dedication; there is no taking away from the fact that this Team India is not just an ordinary or regular team, but an extraordinary unit. While Australia certainly could not wait to see the Indians at The Gabba in Brisbane, India has come up with a savage reply, which clearly signifies, ‘Be careful what you wish for’.

Bruised and battered, yet the Indians stayed mentally strong, more than physical, which played a pivotal role in the success. Due to this mental toughness, India has successfully retained the Border-Gavaskar Trophy and scripted its most significant historical victory in Test cricket.

The side already had reservations before the series, when skipper Virat Kohli announced that he would not be available post Adelaide Test owing to personal reasons. Slammed for the same, followed by India’s horrendous outing in the same Test and succumbing to its lowest-ever Test total of 36, hardly anyone expected India to bounce back.

As Ajinkya Rahane stepped in as the stand-in captain from Melbourne, expectations were too high. Nonetheless, more than the side’s batsmen, he showed faith in his bowlers. And guess what, it paid off. From Jasprit Bumrah to Ravichandran Ashwin and even debutant Mohammed Siraj, they all just nailed it with the ball, making the job easier for the batsmen.

Nonetheless, the injury list just kept scaling high. India was already working with limited resources, but the positive thing was India had talent and intent with its side. As it managed to pull off a hard-fought draw in Sydney from the jaws of defeat, the side was down with as many as nine injuries.

Clearly, we cannot say that India had the best of its squad in Brisbane’s final Test. However, the side decided to stick to the gameplan and its purpose. Veteran batsman, Cheteshwar Pujata was even tested brutally with the short balls. However, he was the prime example of the mental toughness that the side possessed, as the young guns were undoubtedly inspired by him of the fact that no matter how hard you are hit, the ultimate key to success is the ability not to give up.

Be it Shubman Gill, Rishabh Pant, Washington Sundar, or Shardul Thakur, the one thing that these guys proved is the definition of resilience, which Goggle defines as ‘able to withstand or recover quickly from difficult conditions. All hail resilient India!