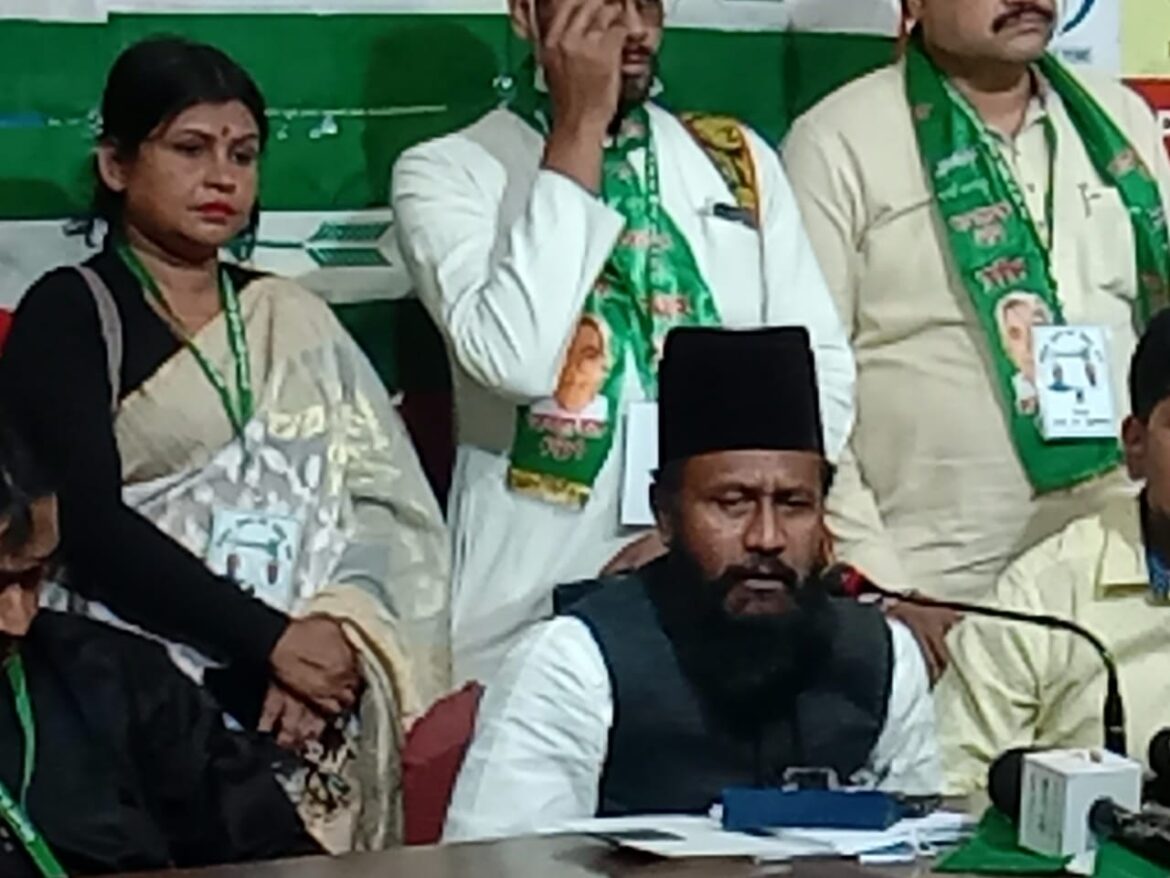 Kolkata:- During the press conference at Calcutta press club, All India General Secretary of JDU (Janata Dal-United) Golam Rasul Balavi has interacted with the media and revealed that JDU will contest the election of West Bengal with 45 candidates but without an alliance with BJP or NDA government. Responding to the media question, Bihar development is happening after the alliance with the NDA government then why the Janata Dal is not making alliances with the BJP, while the Janata Dal has won the Bihar election with the NDA, Golam Rasul Balavi said “development is nothing to do with any political party. When Nitish Kumar won in 2005 he said only one thing that is “development with justice.”

Siren News editor asked Mamata Banerjee is already a Chief Minister of West Bengal and BJP is also ruling over 18 seats then why Bengal democracy should vote for JDU Golam Rasul Balavi replied and said because Nitish Kumar has given a model to the nation of development and justice in the opposite direction, opposite time, and opposite world, and its effect is seen across the country.

Golam Rasul Balavi further added that Along with the ruling Samaj Party and Ram Lakhan, who is a chairman, have cleared all four revolts. “We elected 45 candidates and counseling is going on. Senior leaders of the party are coming to strengthen the campaign and the leaders of the Member of Parliament are also coming. However, Nitish Kumar is unwell, so he will not be able to join,” said Golam Rasul Balavi

Earlier, JDU has informed that they will part of the West Bengal election battleground and is going to contest alone in West Bengal. However, JDU plans to field candidates for 75 seats in the 2021 assembly elections but manages to get 45 to date.