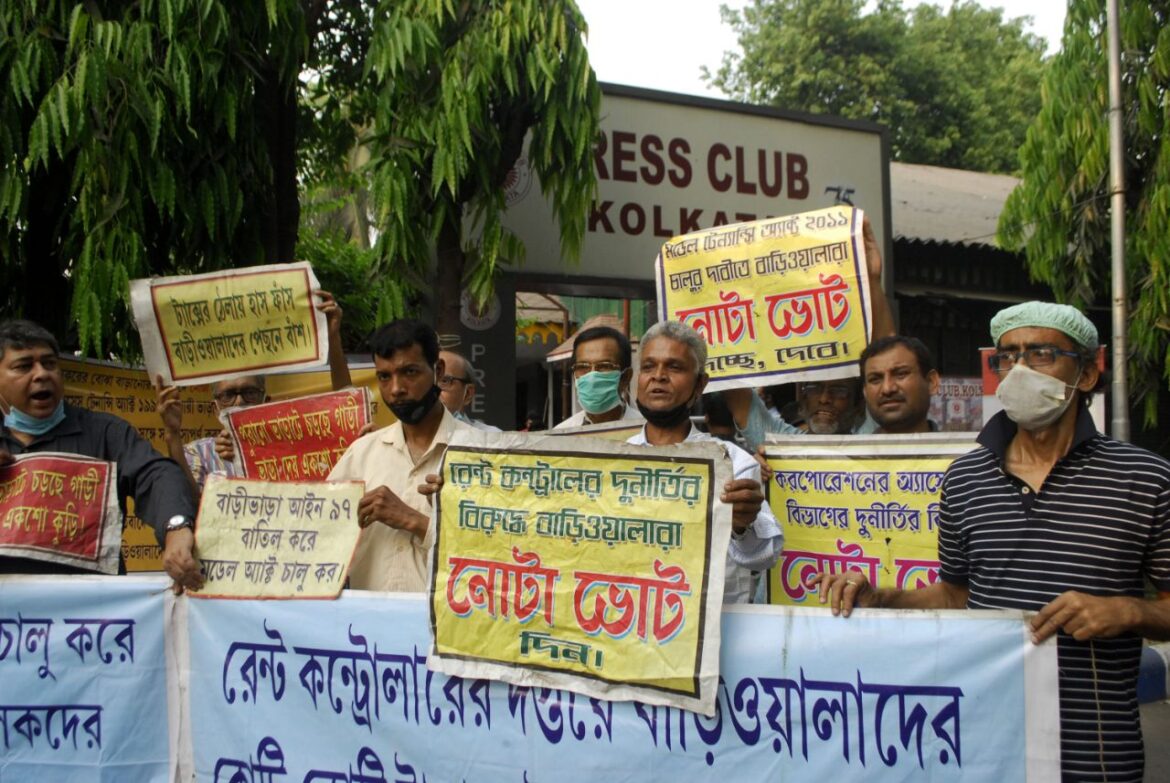 Another assembly election on the way but the whole of West Bengal including Kolkata is in the same predicament as the house owners. Despite the promise of various colors before the election but other than the formation of the government the Congress BJP CPI (M) forgot about the real problem in the life of the citizens. Landlords are sympathetic to a number of fair constitutional demands but are later seen to play a strangely indifferent rule. although the price of electricity and gas skyrocketed, house rent has fallen in 1950. Not only this the tax burden on landlords is also increasing. Property tax continues to rise. Water under pressure, litter, trade tenancy how much more! If not every political party has the will to solve the civic problem. But civil society has to right to reject them. On that basis of that Calcutta house, owner associations exercise their rights by rejecting the owners of all the houses, flats, slams in West Bengal by voting on the note mark. It is the democratic right of people to vote but what is happening with the owner association it seems that there is no use to vote. It’s better to give to on nota.
Association DEMANDs :.
1) Repeal the rent control act.
2)The state introduce new laws in the form of the Model rent Act. Repeal the rent control act and restore the rightful owners to their due right. Reducing the burden of full tax and abolishing water Howrah bridge tax abolished. Unit area assessment system will be abolished and the old system property tax will have to be canceled.
Revocations of section2of CMC act 1980 (412) of CALCUTTA municipality. An old house can not be acquired and handed over to promoters. According to the premacy tenancy act 1997, the rate of rent increase must be adjusted to the market rate by making timely changes. Arrears need to be settled quickly. The landlord will have to vote in protest of writing on the wall without permission. Poor, middle-class landlords will have to vote in protest of being called tax evaders.