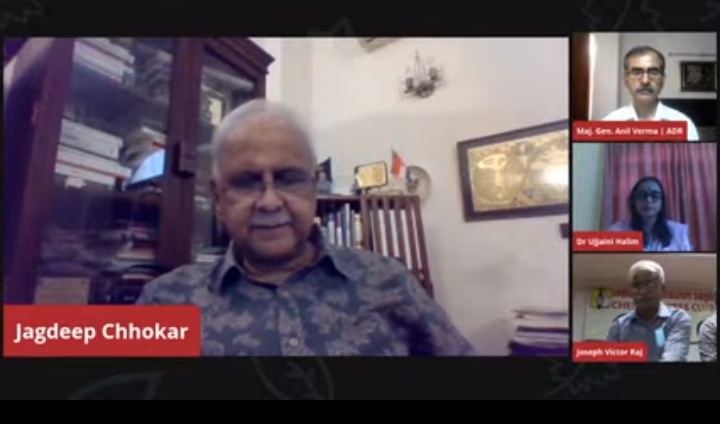 New Delhi:- National Election Watch and Association of Democratic Reforms (ADR) have organized an online press conference through which they have announced the analysis of candidates who are part of the running election in the five states.  Prof. Jagdeep Chhokar, Trustee of ADR and National Election watch informed that this online press conference held to share the details of the candidates contesting the election in five states and these states are Assam, Kerala, West Bengal, Tamil Nadu, and Pondicherry. “If you include all these candidates there are 6792 candidates out of this we have analyzed aaffit-defit of 6318 and others aaffit-defit was not clear that is submitted in Election Commission of India web site. Though the data we are analyzing is 6318 candidates, Out of 6318 candidates analyzed, 1157 (18%) have declared criminal cases against themselves in their affidavits. Candidates with serious criminal cases: 632 (10 %) candidates have declared serious criminal cases against themselves,” he added.