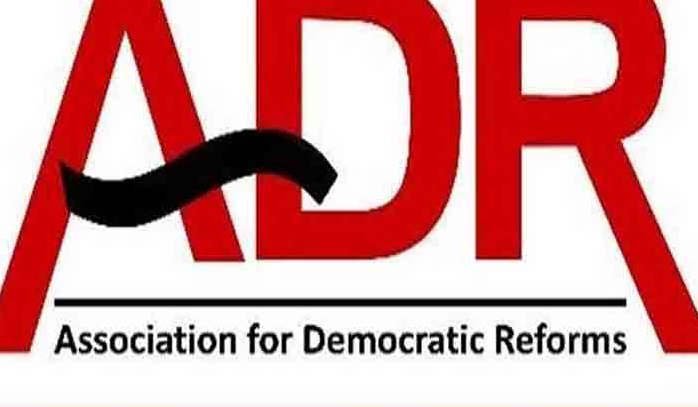 Kolkata:- West Bengal election assembly election is a focal point for an entire nation, though every vote counts in every seat but does voting are going in the right way in West Bengal? The questions have raised after the Nandigram poll where not only violence took place but ballot right has not given to the citizens. While keeping these things in view ADR (Association of Democratic) has written a letter to the Chief of Election Commission of India and request for an immediate implementation of reforms to stop instances of booth capturing, violence, bogus voting, voter intimidation, etc. The letter has not only specified any particular state it has also mentioned all those states where the above-mentioned incident took place. An issue related mark by ADR and giving an instance of Tripura they wrote: “One of most serious cases of booth rigging was reported from Tripura (West) were allegations of massive booth capturing and false voting resulted in repolling in 168 polling stations in 26 assembly constituencies.” 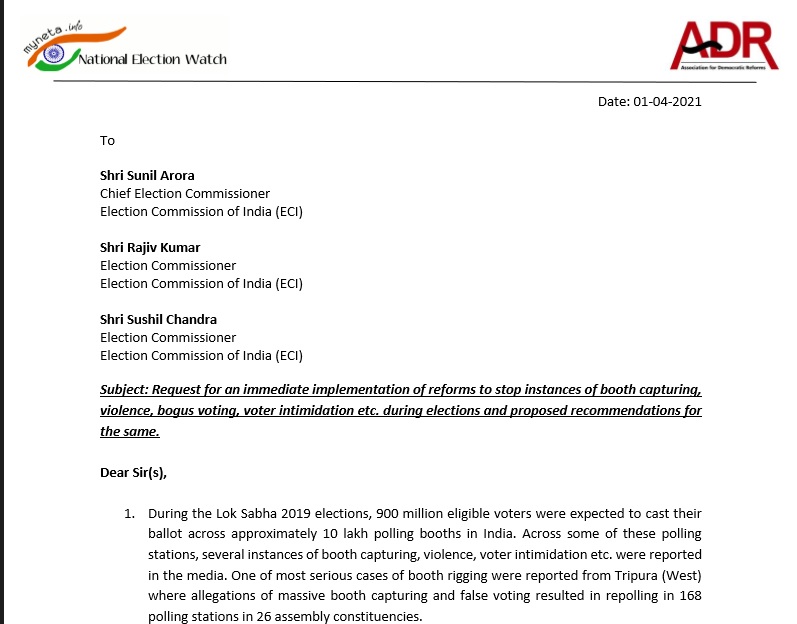 ADR believes under Article 324 of the Constitution of India already bestows the relevant powers, duties, and functions upon the Election Commission of India to conduct free, fair, credible elections in a free, fair, and transparent manner. They also added that the aforesaid suggestion is not only effective in addressing the issue of booth capturing but is also economically viable. The price of iris detection machines is estimated to be approximately Rs 2500 when purchased in bulk. The investment per booth is of value given the expected results of such a proposition that has the potential to rid world’s largest democracy of booth capturing.

Asserting to the voting and booth capturing the Association for Democratic Reforms has advised and stated that to reiterate a crucial suggestion to eliminate booth capturing put forth by a like-minded citizen to the Election Commission of India back in 2011. To curb the menace of bogus voting, a biometric iris scanner-counter can be installed at each polling booth. The objective of the iris scanner will be to count the number of unique human eyes of persons visiting the polling station to cast their votes. After the polling is over, the biometric eye data recorded using the scanner will be compared with the number of votes casted that day using the data recorded in the EVMs. In case of any mismatch between the two, the Election Commission can order re-polling. Installation of the biometric iris scanner will ensure that it is impossible for miscreants to resort to malpractices and cast bogus votes. To that end, any biometric unique identification process may be used.