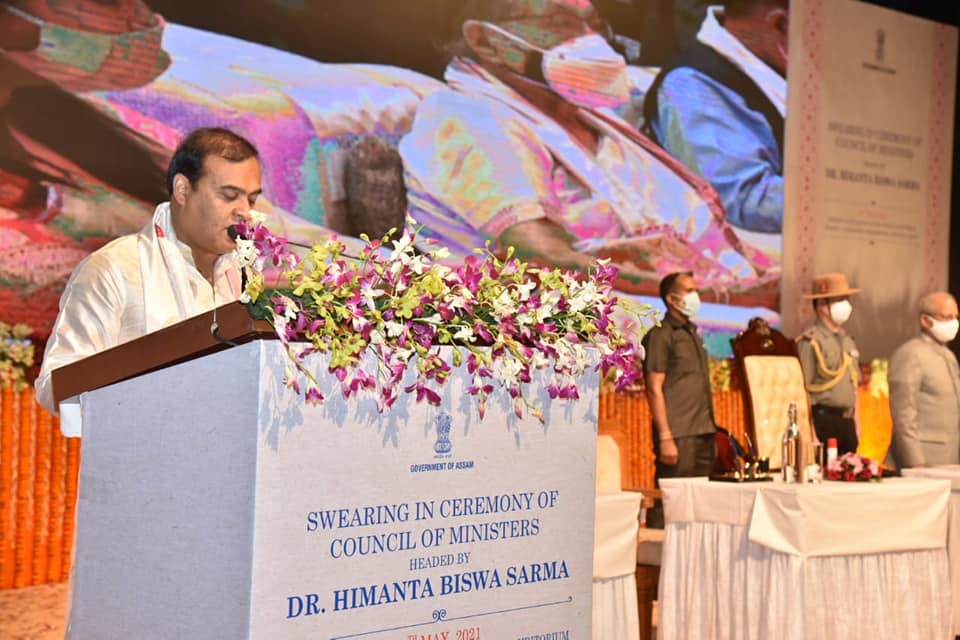 Himanta Biswa was elected unanimously by the Bharatiya Janata Party (BJP) Legislature Party, which met in Guwahati on Sunday. The newly-elected Chief Minister began his day by offering prayers at Doul Gobinda Temple and Kamakhya Temple and sought the blessings of the people of his constituency Jalukbari. After that, he headed for the swearing-in ceremony.

Known to have played a pivotal role in the BJP’s growing footprint in the Northeast, Sarma left the Congress in 2015 despite being close to Chief Minister Tarun Gogoi as he felt sidelined.

The minister’s popularity has been key in the National Democratic Alliance’s victory in the Assembly polls in Assam with the alliance returning to power overcoming the stiff challenge posed by the Congress-led alliance.