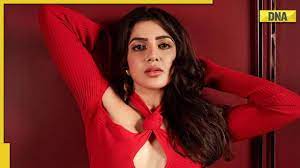 Since then, the actress has been dealing with mental health issues and even facing the wrath of negative comments on social media. During her interaction with Sadh guru, the spiritual guru called Samantha a ‘schoolgirl’ when she asked a question if life’s injustices and unfairness can be blamed on their past karma.

Another question that has been on my mind lately is that how much of one’s life is a result of their past karma? Are the injustices and unfairness that one faces in one’s life a result of their past karma, and if so, do you accept these injustices and find solace in the fact that the karma is being cleared, even though it might seem detrimental to our lives in so many ways ?” Samantha asked.

Despite having a tumultuous year, Samantha has managed to steer herself away from the negativity and moving ahead in life. Earlier, Samantha opened up on her divorce from Naga Chaitanya and the impact it had on her mental health. “As soon as you accept the fact that you are going through, something, half of the healing is done. Accepting, vocalising, and fighting back is what I did,” she had said.

Samantha said she felt like she would “crumble and die”. But, as she realised that she is going to live her life, with all the issues, she appreciates herself for being such a strong woman. “I never knew I could pass this. I am proud of myself because I never knew I was this strong,” she had said.

On the work front, Samantha has been busy signing new ventures, and will soon be working on two multilingual projects, of which one is titled Yashoda. Samantha promises that she will shut up her critics only with her hard work, nothing else.