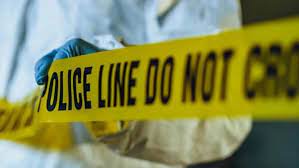 In a shocking incident, a man from Delhi shot dead his wife’s male friend at a hotel in Himachal Pradesh’s Manali after seeing him with her.

The police said two women from Delhi had been staying at the Manali hotel. One of them was married. On Thursday night they called their friend Sunny to their room. The husband reached the hotel in the morning and saw Sunny with them.

Miffed with his presence in the room, he allegedly shot him dead. He later died by suicide, the police said.  The police said the matter is being investigated. They said prima facie, the women had no role in the crime.