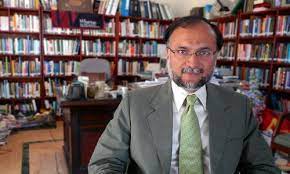 It is now abundantly clear that the UK-India bilateral relationship has contributed to saving billions of lives across the world, most importantly with timely vaccine development and manufacturing.

In the early days of the pandemic, India stood by the UK, exporting timely personal protection equipment, masks and essential pharmaceutical drugs in large quantities. The gesture was generously reciprocated when the UK, during the Delta wave in April 2021, sent surplus vital oxygen generation equipment, oxygen concentrators and ventilators to India.

In early 2020, once it was clear that scientists at University of Oxford in partnership with AstraZeneca were working on a Covid-19 vaccine, India’s Serum Institute (SII) was one of the early movers to seal a manufacturing deal.

It is this three-way partnership that has now been at the helm of having already delivered over 2 billion affordable, effective vaccines which have now been administered to not only Indians but to folks in many low-income countries as part of India’s vaccine export program: vaccine maitri and under GAVI led COVAX.

The challenges of poorer countries to administer expensive mRNA vaccines are manifold – they simply don’t have the infrastructure and cold storage capabilities to transport mRNA vaccines which need sub-zero temperatures. Thus, even if they receive them for free under the COVAX program, challenges to administer them are unfathomable. India-UK bilateral ties took quite a hit when the UK refused to initially allow travellers who had taken the India-made AstraZeneca shot or recognize the Indian QR-coded vaccine certificates. The Indian side reciprocated with similar restrictions on UK travellers.