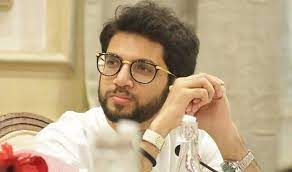 Aaditya Thackeray threw another dare at rebel Shiv Sena leaders to come face to face and tell him what’s wrong with the government. Aaditya Thackeray called the Shinde camp “traitors, not rebels”, and said, “Those who ran away from here & are calling themselves rebels, if they wanted to rebel, they should’ve done it here. They should’ve resigned and contested election. The second floor test would be when they sit before me, look me in the eye and say what did we do wrong.”

On the other hand, Shiv Sena MP Sanjay Raut termed the ED summons issued to him as a “conspiracy” to stop him from fighting against their political opponents, and said he will not be able to appear before the agency on Tuesday as he has to attend a meeting in Alibaug. Raut, who is the Shiv Sena’s chief spokesperson, also said that even if he is killed, he will not resort to the “Guwahati route” taken by rebel MLAs from Maharashtra.

The development comes as the Shiv Sena battles rebellion from a group of its MLAs, putting a question mark on the future of Maharashtra’s Maha Vikas Aghadi (MVA) government.

Rebel Shiv Sena legislators, who were first taken to Surat, are now camping in Guwahati.

Raut in a tweet said, “I just came to know that the ED has summoned me. Good! There are big political developments in Maharashtra. We, Balasaheb’s Shivsainiks are fighting a big battle. This is a conspiracy to stop me. Even if you behead me, I won’t take the Guwahati route.”

“Arrest me ! Jai Hind!” he added. In his tweet in Marathi, he also tagged BJP leader Devendra Fadnavis. Later, talking to reporters, Raut said, “I cannot go tomorrow as I have to attend a public meeting in Alibaug, and I will attend it.”