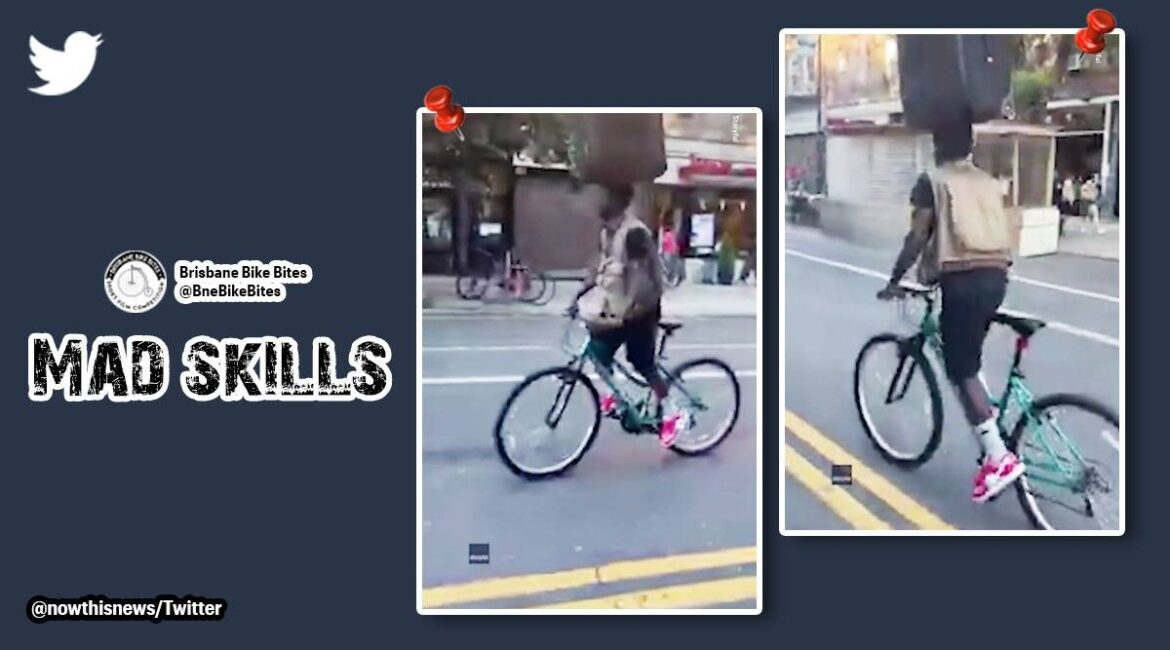 The man is seen riding in style as he carries the luggage effortlessly. The man stands on the cycle as he travels through the street in New York. He can be heard saying, “I got it.” Even more amazing is the fact that he navigates between traffic signals and moves easily.

The person riding the bicycle is seen wearing a black t-shirt with a knee-length half pant along with a cargo half-sleeve jacket on top. The black stroller suitcase is nicely balanced on his head as he pedals his way through the middle of the road.

The video has got more than 40,000 views so far. A user reacted to the video by posting a GIF that termed the act as impressive and nice.

Earlier, a video of another incident had gone viral in which a man was seen riding his two-wheeler with about six family members on it.

The man in the video was sitting on a motorbike with two kids in the front, on the fuel tank. Then, a woman was seen sitting behind the rider that was followed by a second kid. Not only this, another woman sits on the rear end of the bike with another child in her arms.