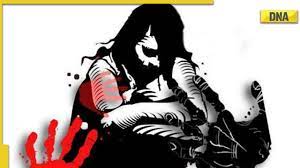 A case has been registered against BJP leader Atif Nizami at the Sadar Kotwali Police Station here allegedly for beating his wife for a car, Badaun Additional Superintendent of Police Praveen Singh Chauhan said.

Kahkashan Fatima, wife of Nizami, the regional vice president of the BJP Minority Cell, in her complaint to the police alleged that Nizami and his mother tortured her for not getting a car as dowry.

She levelled harassment allegations also against Nizami’s mother, Rafat Jahan alias Meena. The woman alleged that she was brutally beaten on June 27 over the same issue, which left her with serious injuries.

Fatima said she had given a complaint to the police after the June 27 incident, which was investigated by the police, and on the basis of their inquiry an FIR has now been filed.

Fatima, who is undergoing treatment in the district hospital, also accused the police of not taking proper action against her husband under political pressure and appealed to the higher officials to act against the errant personnel.

Nizami has categorically denied the allegations. Chauhan said appropriate legal action will be taken on the basis of the result of the investigation.