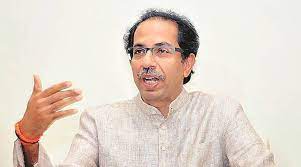 public interest litigation (PIL) has been filed in the Bombay High Court on Tuesday seeking investigation and registration of FIR against Maharashtra Chief Minister Uddhav Thackeray, Cabinet Minister Aaditya Thackeray and Member of Rajya Sabha Sanjay Raut from Shiv Sena, for causing “public nuisance.” The petition filed by social activist Hemant Patil also seeks an order restraining Uddhav and Aaditya Thackeray and Raut from organising press conferences, tours, visit to various places in the state of Maharashtra over the issue of rebellion by MLAs of Eknath Shinde faction.

The petition stated that after the political crisis within the state, the dissident MLAs fled to Guwahati only for the sake of ensuring their safety and out of fear of their lives after receiving threats from the CM, Cabinet Minister and senior Shiv Sena leader Raut. The power tussle intensified with time as the Shiv Sena Legislature Party cadres began staging protests in various districts of Maharashtra against the rebelling MLAs, Patil said in the petition. In most of the protests organized at the influence and instigation of respondents (Thackeray and Raut) in various district of State of Maharashtra anti-social elements have damaged public property in the State in front of police personnel and there is situation of breach of law and order in the state for which the respondents are only responsible for the same,” the petition stated.

The PIL has been filed through Advocate RN Kachave, in which directions are sought to the Director General of Police, Maharashtra to conduct an inquiry and register an FIR against the Thackeray duo and Raut for causing breach of peace, public nuisance and sedition.