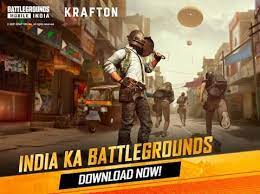 India-specific battle royale game, Battlegrounds Mobile India (BGMI), has touched 100 million registered users in the country. Made by the South Korean game developer company, Krafton, the BGMI came into existence for users in India last year in July after government banned PUBG because of its Chinese origin.  BGMI will complete one year of its inception tomorrow. It offers variety of maps, modes, and in-game collaborations and events. The game is available for both Android and iOS user base in India.

In the last year, Krafton invested nearly $100 million to improve India’s local video game, Esports, and entertainment startups. BGMI’s first year has been a resounding success with millions of players joining to experience the game. We have brought in major tournaments, Indian themed collaborations, and celebrated India centric events with the community with a goal in curating a gameplay unique to our Indian users,” said Changhan Kim, CEO, Krafton.