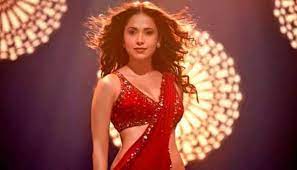 Amidst the likes of Deepika Padukone, Katrina Kaif and Kriti Sanon in Bollywood, a girl is making her presence felt by consistently delivering striking performances. She might not be the darling of the tabloids yet, but Nushrratt Bharuccha can no longer be dismissed as the perky.

But before that, there was Love Sex Aur Dhoka (LSD), a Dibakar Banerjee experiment that acquired cult status. “When LSD was being made, I didn’t even have a portfolio. Even getting cast was big deal. When we were promoting the film, Dibakar said, ‘You should not be surprised if the film doesn’t make it to theatres and is released directly on TV.’ There was no concept of OTT then. I was a bit disheartened but we know what LSD became over the years.”

For all the talk of the winds of change, Nushrratt says the industry starts giving actors similar roles. “I was taken aback when people would meet me with an impression that I knew only as much as I delivered in  Pyaar Ka Punchnama. Things changed with Ajeeb Daastaans, when people started saying they didn’t know that I could do this. Very few people have the vision to see an actor beyond an image. Maybe it is more of a box-office thing than the ability aspect,” she muses. “I feel the film and character should supersede me as a person.”

Beyond the costumes, the actor holds that all the characters she has played have an independent streak “They all have fire, confidence and they are their own person.”

For Nushrratt, who was not trained in acting, getting into the character is the most challenging part. “Every time a character is given to me, I find my own ways to embrace it. When Chhorii was written, I didn’t read the script or watch the Marathi original; I told my director Vishal Furia that horror is such an organic reaction that you can’t fake it.”

Over the years, she says she has learnt to separate herself from the character she plays. “I didn’t identify with the parts I played in Pyaar Ka Punchnama and its sequel was all the more difficult to justify to myself. But I knew from the beginning that these films were being made from a male gaze.”  At that time, I knew actors should not judge the characters they play but didn’t know how to practice it. I would try to do two versions of the same scene but eventually, Luv sir’s (director Luv Ranjan) would be kept.