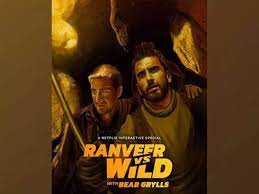 Some of these movies have already been shown in theatres and will soon be available to those who missed them there on the large streaming services. While some movies will only be available on Prime Video, Hotstar, Netflix, and Voot. The following is a list of films that will be available on well-known OTT services, including Netflix, Amazon Prime Video, Disney+ Hotstar, Zee5, Voot, MX Plater, and others.

Ranveer Vs Wild With Bear Grylls is India’s first interactive adventure reality series, and it is sponsored by Banijay Asia in collaboration with The Natural Studios. In contrast to the first trailer, which shows the actor being pursued by wolves and bears, the second one depicts him as being on a daring quest to find a rare flower for his lady love. The most recent Indian celebrity to appear with Bear Grylls on the show focused on adventures is Ranveer Singh. Netflix will start streaming the programme on July 8.

The eagerly anticipated Netflix drama season 4 of Stranger Things has been divided into two parts. The second instalment will begin streaming on July 2 even though the first half was broadcast last month. The first seven episodes of the fourth season of Stranger Things are available on Netflix in Stranger Things: Season 4 – Volume 1. Only two episodes will make up Volume 2 of the sci-fi horror series, and the finale is expected to clock in at 2 hours and 30 minutes.

Vikram, starring Kamal Haasan, has captivated theatregoers and enjoyed box office success. Vikram, directed by Lokesh Kanagaraj, also stars Fahadh Faasil and Vijay Sethupathi in the key parts. On July 8, the movie will be available on the OTT service Disney+Hotstar. The four languages that will be used for the world premiere are Tamil, Telugu, Kannada, and Malayalam.

Samrat Prithviraj, a historical drama starring Akshay Kumar, is based on the life of the powerful Samrat Prithviraj Chauhan. In the movie, Akshay is portrayed as the renowned warrior Prithviraj Chauhan, who bravely resisted the ruthless invader Muhammad of Ghor. With this movie, Manushi Chillar made her Bollywood acting debut as Sanyogita. The movie, which was directed by Dr Chandraprakash Dwivedi, will begin streaming on Amazon Prime on July 1.