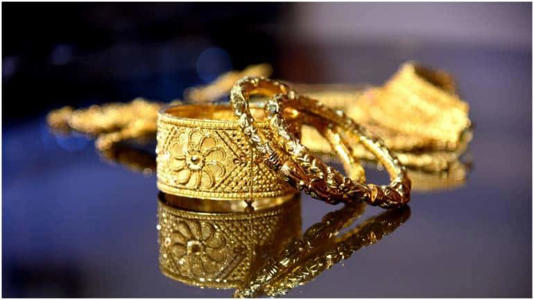 A 35-year-old woman dumped 43 sovereigns of gold ornaments worth Rs 15 lakh in the dustbin of an ATM kiosk in Chennai on Monday.

The incident came to light after the security guard at the ATM noticed a leather bag in the dustbin and checked its contents to find the gold, reported Times of India.

Kothandam sought help from the bank manager and then approached the Kundrathur police. During investigation, the police combed through the ATM’s CCTV footage to find a woman leaving the kiosk after dumping the leather bag in the bin.

Meanwhile, the police had also received another complaint from a couple about their missing 35-year-old daughter who had been missing from 4 am. The couple later informed the police that she had returned at 7 am.

Officers, suspecting a connection between the cases showed the CCTV footage from the ATM to the couple who confirmed the woman in the video to be their daughter. They did not know that she had taken away gold jewellery from the house.

The couple then informed the police that their daughter had the habit of sleepwalking and was also suffering from depression for which she was undergoing treatment.

“Had it not been for the timely alert from the security guard, it wouldn’t have been possible to trace the jewellery,” Kunrathur inspector Chandru told Times of India.

Later, the inspector handed over the gold to the couple and thanked the ATM security guard and the bank manager for their help.