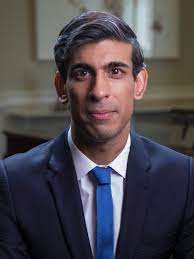 Sunak was first elected to the British Parliament from the Richmond (Yorkshire) constituency in 2015. He was re-elected in 2017. Born in the UK to a general practitioner father and pharmacist mother, Sunak made news in India upon his marriage to Akshata Murthy, the daughter of Infosys co-founder N R Narayana Murthy and author Sudha Murthy.

Zahawi, who replaced Sunak, is considered to be a rising star among the Conservatives and was first elected as a Conservative MP for Stratford-on-Avon in 2010. As per a Reuters report, he was born in Iraqi Kurdistan. He arrived in England at the age of 11 after his family fled Saddam Hussein’s Iraq in 1978. His teachers warned Zahawi’s parents that he might suffer from learning difficulties after he initially struggled to speak English.

The 55-year-old excelled as a businessman before turning to politics. He was an adviser to novelist and former Tory MP Jeffrey Archer. Zahawi also distributed T-shirts and Teletubbies merchandise to retailers including Marks and Spencer, says a report.