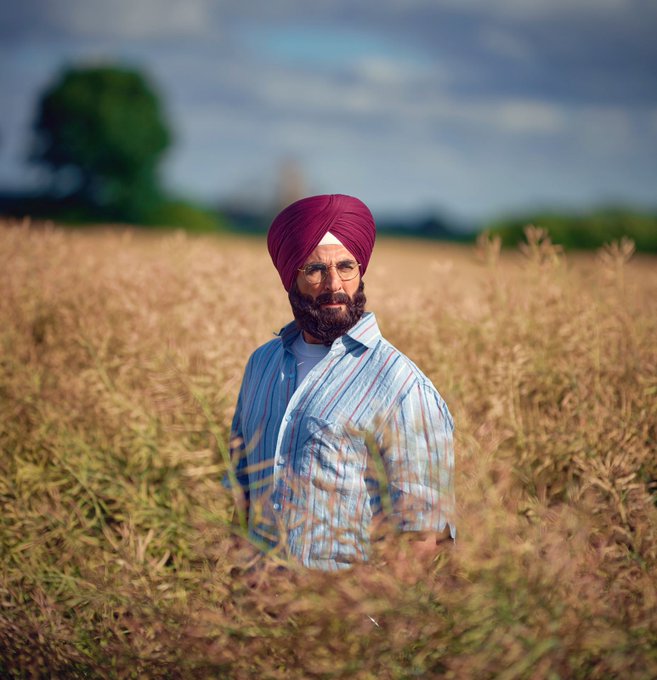 Bollywood actor Akshay Kumar’s first look from his upcoming untitled film surfaced on social media recently. In the picture, the ‘Khiladi’ actor could be seen in the role of a Sardar with a turban. Akki stands in the middle of the lush mustard field with a grim look on his face.  The actor had sported a full-grown beard for his role as well, alongside a pair of glasses.

The actor had sported a full-grown beard for his role as well, alongside a pair of glasses. On the work front, he will soon be seen in the comedy-drama ‘Raksha Bandhan.’ Directed by Aanand L Rai and written by Himanshu Sharma and Kanika Dhillon, the film is produced by Colour Yellow Productions, Zee Studios, and Alka Hiranandani in association with Cape Of Good Films. The film also stars Bhumi Pednekar, Sahil Mehta, and Deepika Khanna. It is slated to release in theatres on August 11 this year.