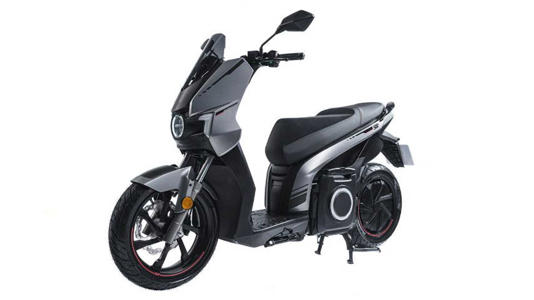 Electric scooter specialist Silence has been in the market for nearly two years now with its S02 and S01 electric scooters. Designed for both professionals and individual commuters, Silence’s scooters occupy the premium space in the rapidly growing e-mobility sector. For the 2022 model year, the brand has launched a new flagship model called the S01+ Connected.  it’s built on the same foundations as the already available Silence S01, but builds on its modern tech features.

In particular, the S01+ boasts Bluetooth smartphone connectivity, a feature that’s fast becoming ubiquitous among premium electric two-wheelers. Apart from that, Silence has revised the scooter’s bodywork to feature a sportier look. We now find a dark gray base color adorned with red and black graphics, a black stitched saddle, and red rim stripes. In terms of performance, the Silence S01+ Connected is powered by a rear hub motor with a claimed peak output of 11.8 kW. The motor is capable of producing 7 kW of nominal output, meaning it should be more than enough to putter you around town in comfort and, well, silence.

The model also gets three riding modes—Eco, City, and Sport. with eco mode returning a claimed 133 kilometers (83 miles) on a single charge. A push-to-pass feature is also included, allowing a temporary surge of power when overtaking slower traffic.