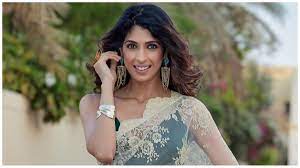 Taarak mehta ka ooltah chasmah is one of the oldest running shows on Indian television, and every character has become a part of the audience’s lives. One of the fans’ favourite characters is Dayaben.  However, in 2017, Disha went on an indefinite maternity break, and fans have been waiting to see a glimpse of her again on the show. There’s a huge demand for the character’s return, and producer Asit Modi, recently announced that they will soon introduce Dayaben. Interestingly, the character is very much alive in Taarak Mehta Ka Ooltah Chashmah and is a part of almost every conversation by the Gokuldham residents. Recently, reports about Aishwarya Sakhuja stepping into Disha Vakani’s shoes to play Dayaben started doing the rounds. Pinkvilla exclusively reached out to Aishwarya to understand if the news held any truth.

Clearing the air, the 35-year-old stated that she did audition for the role but unfortunately isn’t playing the part. “I had tested for the role but I don’t think I am doing it,” said the Yeh Hai Chahatein actor.  Over the past 14 years, the sitcom saw many developments. Several characters had to be replaced as they quit the show. Bhavya Gandhi as Tapu was replaced by Raj Anadkat, who is rumoured to be quitting the show too. Neha Mehta, Gurucharan Singh Sodhi, Shailesh Lodha and many others left the show midway. Sonu’s character has been replaced thrice.