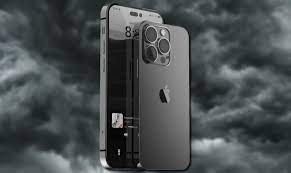 It seems that this year’s iPhone might not be as cheap as the iPhone 13 series and the people who have been waiting to buy the 2022 models might be required to spend more even for the standard model. An analyst has suggested that the iPhone 14 series could cost $100 more than the iPhone 13 series, which is a big price bump.

n India, the prices of the iPhone are anyway pretty high compared to the US market because of high import duty, GST charges, and other things. Now, Wedbush Securities analyst Dan Ives is suggesting that people should be prepared for the price hike as the production and component cost is rising for all consumer electronics makers, and Apple could decide to pass on the additional expense to the customers by offering the iPhone 14 series at a higher price range.

“We believe a $100 price increase is coming for the iPhone 14,” Dan, of Wedbush Securities, told The Sun. “Prices have been increasing across the whole supply chain, and Cupertino needs to pass these costs to the consumer on this release. If this is the case, then there are chances that the cost of the iPhone 14 could increase by around Rs 10,000 when compared with last year’s phones. $100 is around Rs 8,000 in India, but Apple usually pegs $1 as Rs 100. So, the price hike is expected to be close to Rs 10,000.

Although, we don’t expect the company to increase the price by this margin. The analyst is also suggesting that Apple might decide to stick to older price range, which might help the company sell more iPhone models. The high cost would mean that not a lot of people might be able to afford the iPhone 14 series as prices of iPhones are anyway pretty high for several Indians. he Pro variants are also said to get the new chipset, and the standard model of the iPhone 14 series isn’t expected to get major upgrades in these areas.