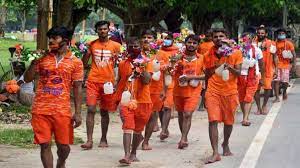 It is to be noted that with the beginning of the Kanwar Yatra today, devotees from around India start pouring in for pilgrimage in Haridwar, Gaumukh and Gangotri in Uttarakhand to get the holy water from the Ganges River and then pray to lord Shiva with it. In addition to extending the runs of five pairs of trains, the Northern Railways has also added stoppages and coaches on a temporary basis to facilitate the Kanwarias. With this change in the application, the Delhi-Saharanpur and Delhi-Shamli passenger trains now have extended runs till Haridwar.

Moreover, a special train will now run, and the long route trains will have a stoppage at the Motichur and Railways stations. Specifically, the Doon-Subedarganj express, Doon-Indore express, Doon-Ujjain express, Vaishno Devi Katra-Rishikesh express, Rishikesh-Badmer express and Rishikesh-Kochuveli express will have stoppage on the aforementioned stations.

The Indian Railways also informed that the proper security arrangements have been made for Kanwar Yatra 2022 and the three extra trains are ready for emergency situations. 250 Railway Protection Force personnel (RPF) will also be deployed to ensure the safety and security of the pilgrims. Moreover, the women’s battalion will also be present at Haridwar Railway Station.