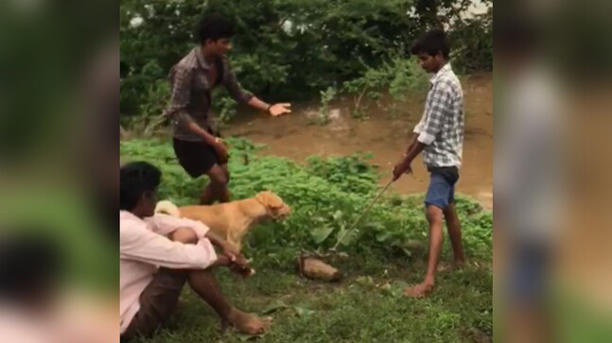 A dog was tied to a heavy rock and thrown into floodwater by three men in Maharashtra’s Chandrapur on Monday. The video of the incident is now making rounds on social media. The incident is of Daheli village in Ballarpur tehsil and it is alleged that the dog had bitten someone from the village. Angered, the accused tied the dog’s feet to a heavy rock and threw him into floodwater in an attempt to kill him.

However, the dog was saved as he struggled in the water and managed to come out of the river. Later, he ran from the spot.

Meanwhile, the entire incident was captured on camera by a man present at the spot. In no time, the video went viral on social media.