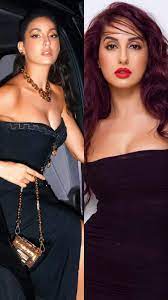 An eight-year-old girl was raped inside the toilet of a government school in Bhopal allegedly by the husband of a sweeper employed there. Police arrested the suspect after the child gave a description of what he looked like and what he was wearing.

Koh-e-Fiza SHO Vijay Sisodia said that the child and her family had moved to Bhopal from another district recently. She was admitted in class 4 in the government school. During lunch break on Friday, she was going to the washroom around 1.30pm when someone grabbed her from behind, clamped a hand on her eyes and another on her mouth and dragged her into the toilet.

She jumped out of the washroom and whirled around to take a good look at the fleeing figure. Then, she went to a teacher and asked for help. The school immediately called the police. A police team rushed to the school, spoke to the child and the teachers and registered a case against an unidentified person.

During counselling, the survivor described her attacker and on the basis of this, police rounded up 26-year-old Laxminarayan Dhanak. He was the only one wearing a yellow shirt and red trousers on campus. The girl has identified him and the accused has admitted to the crime, said police. Sisodia said Dhanak’s wife works as a sanitation worker at the school and they live on campus.