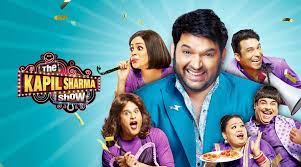 The last episode of TKSS was aired on June 5 with the stars of JugJugg Jeeyo, Anil Kapoor, Varun Dhawan, and Kiara Advani. After their show, Kapil Sharma and his team (Krushna Abhishek, Chandan Prabhakar, Kiku Sharda, Sumona Chakravarti) jetted off to Vancouver, Canada, and the US for stage shows.

Due to Covid-19, the show was discontinued for a while, but the show returned with a new season in August 2021. Speaking about Archana Puran Singh’s India’s Laughter Challenge, the stand-up format comedy show failed to entertain its viewers. When it comes to comparison, Archana’s show couldn’t reach up to the benchmark set by Sharma’s gang.

During his US tour with his team of comedians including Kiku Sharda, Sumona Chakravarti, Krushna Abhishek, and Chandan Prabhakar for his international tour. He recently performed in Vancouver, he also shared photos from his tour in Hamilton on social media.