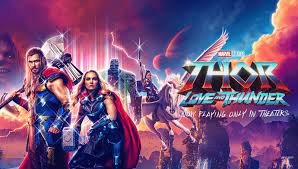 Malaysian theatre operator Golden Screen Cinemas (GSC) has announced that the Chris Hemsworth-starrer “Thor: Love and Thunder” will not get a theatrical release in the country.

Dear valued customers, please be informed that Disney has updated that marvel Studios` `Thor Love and Thunder` will not be releasing in Malaysia after all. We appreciate your patience and we apologise for any inconvenience caused,” GSC said in its social media feeds.

Please buy our merchandise, OK.” That is the second piece of tongue in cheek criticism emanating from the country`s largest cinema chain inside a week. Shortly after the Marvel Studios presentation at Comic-Con, GSC disseminated the forward calendar of Marvel film releases but crossed out “Thor”.

In June, the release of Pixar animation “Lightyear” was cancelled in Malaysia after the country`s censorship authority (LPF) asked for cuts to the film, understood to include a same-sex kiss, in order for the film to obtain release certification.

Disney offered no comment on “Thor”, but confirmed that that the release will not go forward.