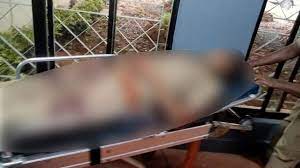 An Armed Reserve police constable, identified as 31-year-old Senthil Kumar, shot himself on Wednesday, August 3. He took his life with his service weapon when he was on guard duty outside Jawaharlal Nehru stadium.

Police have been deployed at Nehru stadium to arrange preparations for the closing ceremony of the 44th international chess Olympiad, which is to be held on August 10.

Police recovered the body of the deceased constable and sent it to the Rajiv Gandhi Government Hospital for post-mortem.

A case has been registered and the police are actively investigating the cause which led to Senthil Kumar taking the extreme step.