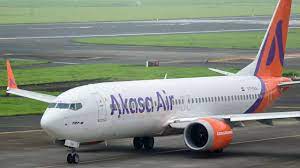 “The maiden flight took off from Mumbai at 10:05am with a scheduled arrival at Ahmedabad’s Sardar Vallabhbhai Patel International Airport at 11:25 am,” said the airline in a press statement.

Akasa Air said it has already announced a total of five routes along five cities, including Mumbai, Ahmedabad, Kochi, Bengaluru and Chennai.

With a fleet induction plan of two 737 MAX aircraft each month, the airline said it will focus on connectivity from metro to tier 2 and 3 routes.

“The fleet size will be raised to 18 aircraft by the end of March 2023 and over the next four years, the airline will add 54 aircraft, taking its total fleet size to 72,” the airline said.