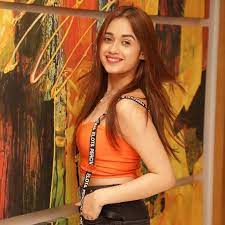 Jannat Zubair is among the most successful actresses in the entertainment sector and has a huge fan following. At present, Jannat is winning hearts with her impeccable performance in her first ever reality show Khatron Ke Khiladi season 12. Speaking about her personal life, Jannat lives with her parents and also has a younger brother Ayaan. The actress is very close to her brother Ayaan and their bond is visible through their social media videos and pictures.

in an exclusive chat with Pinkvilla, when Jannat and Ayaan were asked about how they will be celebrating Raksha Bandhan this year, Ayaan says, “Raksha Bandhan is a very special occasion for us and it is very close to my heart and we celebrate it every year”. Jannat adds, “We celebrate Raksha Bandhan and Bhaidooj every year. Anushka (Sen) also comes over to tie Rakhi to Ayaan”. Talking about the gifts, the actress reveals that even now, she only gets chocolates as gifts from Ayaan. Ayaan then says that she only gifts Rakhi to him. To this, Jannat quickly interrupts and adds.