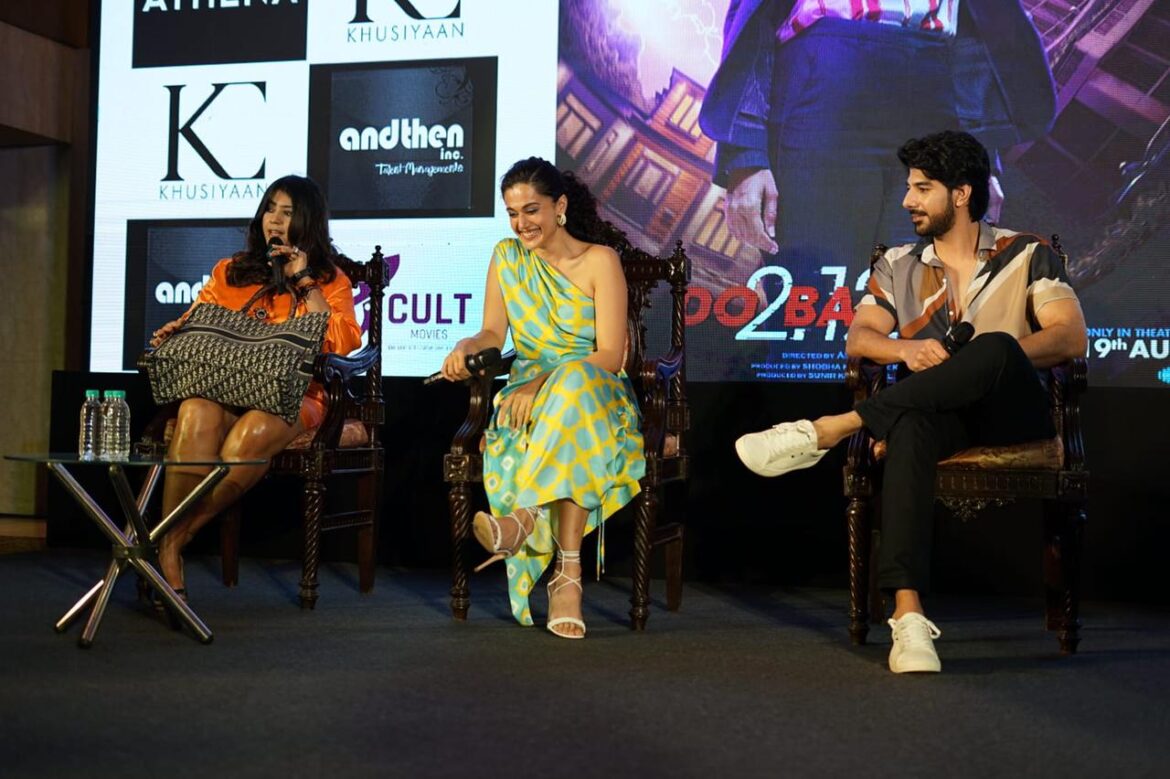 Indian Missions / Posts abroad under the Ministry of External Affairs (MEA) will be screening the short A perfect combination of a thriller film having Taapsee Pannu in it, after ‘Pink’ and ‘Badlaa’ is huge excitement in itself. The cherry on the top on its way is ‘Dobaaraa’, a film directed by none other than Anurag Kashyap.

Having caught the attention of the masses with its mind-blowing trailer and songs, Anurag Kashyap’s Dobaaraa is constantly spreading its charm all across the nation much before its release. After the film has made its mark at several prestigious film festivals like the Indian Film Festival of Melbourne, Fantasia International Film Festival, and London film festival, the makers presented the film to its audience in multiple cities including Mumbai, Chennai, and Delhi. Now the team Dobaaraa has reached Kolkata where Prosenjit Chatterjee hosted a special screening of the film. While Anurag Kashyap’s upcoming mystery drama. Dobaaraa has been the talk of the town, it is constantly creating a buzz all around the corners. After India’s renowned journalist Shoma Chaudhury hosted a special screening in Delhi where the film collected a whole lot of praise from the masses, the team reached Kolkata where the most celebrated actor of modern Bengali cinema Prosenjit Chatterjee hosted a special screening of the film. He also invited a couple of his industry friends to the screening.