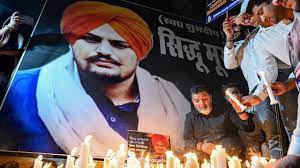 The family of Punjabi artist Sidhu Moose Wala is dissatisfied with the way police are handling the investigation.
Balkaur Singh, Moose Wala’s, urged to his fans to organise a candle march and threatened to block the roads if justice is not delivered within one week, stating that the Punjab government has one week to bring justice.

“I want action taken against people who have been disrupting my son’s sleep for the previous four years,” Singh added.

Balkaur Singh also begged people not to propagate rumours about his two friends, who were in the car with Sidhu Moose Wala on the day of the murder, in order to put a stop to the rumours.

“Both men were critically hurt and are now being depicted as criminals,” Singh said.