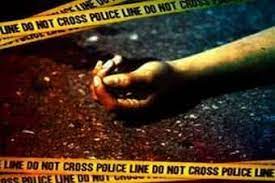 On Monday, a 16-year-old kid allegedly strangled his 14-year-old companion and sliced his throat with a broken glass bottle near the Delhi Meerut Expressway before surrendering to the local police station. According to authorities, the child, a class ten student, allegedly told startled officials at the Garden Enclave police station about the murder.

“He had planned to drop out, but his family was against it.” He claimed that he then planned to murder his friend so that he would go to jail and his studies would be halted. “We took the youngster to court and he was committed to an observation home,” the officer stated.

His victim lived in the neighbourhood and was two years his junior.

The victim’s father stated that the suspect arrived at his house shortly after his son arrived home from school at 2 p.m. and the two went out together. “Later that evening, some locals informed us of the murder, and we rushed there.” “When we saw my son’s body, we were startled,” said the victim’s father, a native of Hapur, Pilkhuwa.

Sub-divisional magistrate Vinay Kumar Singh, who mediated with the victim’s family, stated that the family was assured that their wishes will be considered.

“The compensation they sought is substantial, and it will be paid in accordance with the Act’s requirements.” Furthermore, we have guaranteed them that their application for aid from the CM Relief Fund will be forwarded. We shall seek admission to schools for siblings’ continued education.