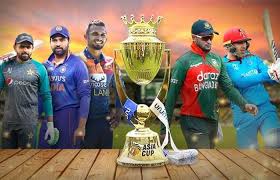 India has a strong history in the Asia Cup, having won it seven times and finished as runners-up three times. Many people, including Watson, believe Rohit Sharma and his squad will win this year’s tournament.

India will play Pakistan in their first encounter of the tournament on August 28th, according to the former Australian cricketer, and the game will be exceptional.

Watson further stated that whomever wins the match between the arch-rivals will be the one to lift the trophy at the end.

“That first game would be really exciting to see because Pakistan now has complete confidence that they can win this Indian team.” I believe that whomever wins that game will go on to win the Asia Cup.”

“[However], I have a feeling India will win the tournament.” They have so much firepower all the way through their batting order that it will be difficult to contain them.