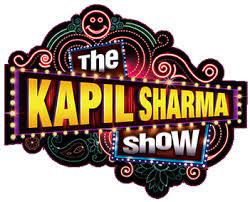 Kapil Sharma released the announcement video on Instagram and stated that season four of the show will launch on September 10th. The comedian made the significant news on Thursday, peaked the interest of his admirers.

The marketing video begins with Kapil, who is in the hospital and lying down on a bed. His wife and family members pay him visits in the hospital. Sharma remembers everyone after regaining consciousness, including his father-in-law, played by Ishita Khan, Kiku Sharda’s Gudiya, and Chandan Prabhakar’s Chandu, who plays a chai seller on the comedy programme. However, he does not recognise his wife, Sumona. “Yeh behenji kaun hai (who is this sister),” the comedian inquires. Srishty Rode (Gazal) enters with a flower bouquet in her hand. Kapil, who is healing, appears to be in good health after seeing Srishty. He stands up and embraces her. Archana Puran Singh then enters, reminding Kapil of his wife.