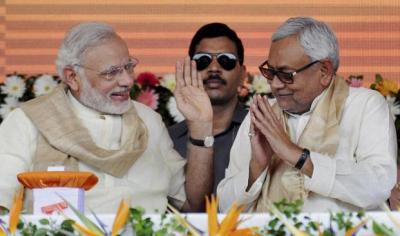 On BJP leader Sushil Kumar Modi’s comments, Chief Minister Nitish Kumar replied, “If Sushil ji is saying, then say overthrow the government so that he may get a place again.” They did not create anything when the government was constituted. That was the source of the issue. They were in a lot of danger. Now that the chance has arrived for the underprivileged to speak up, they must do it every day. If you speak every day, it will bring you enormous joy if the centre becomes happy again. That would be fantastic. So they communicate every day.

Journalists wanted to know if Sushil Modi had made a statement about the Grand Alliance government’s demise. In response, the CM laughed and added, “If they’re saying that, then say that topple the government.” Speaking at the shraddha karma at Khwajepur, the hometown of BJP MLA Subhash Singh, the CM stated that he has a long friendship with Subhash Singh. I ran into them quite frequently. When his health was failing, he was well taken care of. They continued to gather information. In the middle, he was perfectly fine. He died unexpectedly. It’s heartbreaking. Politics has its uses. Their relationship and interaction ended a long time ago.