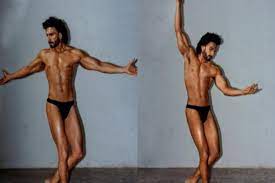 At 7:00 a.m. today, actor Ranveer Singh arrived at the Chambers police station in Mumbai and gave his statement in connection with the nude photography case. Ranveer was interrogated for over two and a half hours. They had arrived at the police station, accompanied by their legal team. “We questioned Ranveer 10 questions, and he continued claiming himself entirely innocent,” stated Inspector Jayakumar Suryavanshi. He has also turned in certain documents.

Ranveer Singh responded to all of these inquiries by saying- “I had no clue that a photoshoot like this would cause me so much grief. My objective was not to offend anyone’s feelings. I treated it like any other photoshoot.”

Ranveer responded to the question of releasing the photo on social media by saying, “I simply wanted the message of those who shot it to reach as many people as possible. So I shared these photos on social media. I didn’t publish these images to offend anyone.”

Ranveer was charged under Sections 509, 292, and 293 of the IPC, as well as Section 67A of the IT Act. The Mumbai Police had requested 48 hours after the complaint was filed. Following this, a complaint was filed against Ranveer. Section 292 of the IPC provides for a 5-year sentence, and Section 293 provides for a 3-year sentence. At the same time, Ranveer faces a 5-year prison sentence under IT Act 67A.