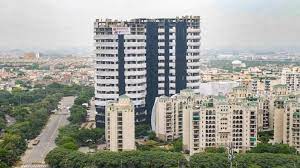 The decision to demolish the Twin Towers and then to rebuild them has undoubtedly boosted public trust in the country’s courts. People have grown to believe that if they do something wrong, the Supreme Court’s Stick will undoubtedly come down on them. Even if it takes awhile, the judiciary will eventually provide justice. The Supreme Court’s comment during the case’s hearing had given the public hope. During the case’s hearing, the Supreme Court stated that unlicensed development was increasing at an exponential rate. Also addressed are environmental protection and resident safety.

It was more than simply a cloud of smoke; it was counsel for builders who do whatever they want on the basis of money. Builders will now think a hundred times before making arbitrary adjustments to their housing project on the basis of money over and again. Not only that, but this decision has clearly demonstrated that the’sab chalta hai’ mindset would not work. This will undoubtedly convey a message to the builder that if there is an error or rigging, you will be forced to get trapped. If the project is cancelled, various parties will be required to repay their funds plus interest.