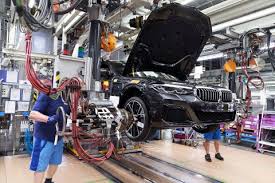 The Hindustan 10 is the country’s first car that has been specifically developed for Indian circumstances. It is now on display in our distributor showroom. At the time, no one could have predicted that in the next seven decades, India would be one of the world’s major automobile marketplaces, with showrooms for various international automobiles and motorcycles whose brilliance would astound everyone. The story of success in India’s automobile sector is one of struggle and inspiration. This is supported by statistics.

The auto sector began to expand after the 1970s, although it was primarily limited to tractors, commercial vehicles, and scooters. Cars were still considered a luxury item at the time.

Whose ambassador vehicle dominated the market? In the mid-1980s, 24,000 Ambassador automobiles were sold each year, but that figure decreased to 2,500 in 2013-14. Ambassador was produced from 1958 through 2014. The Ambassador brand was purchased by the French car maker Pujo in February of that year. The transaction between the French business and Hindustan Motors, which is controlled by the CK Birla Group, was valued approximately Rs 80 crore.