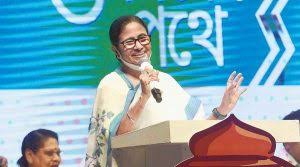 Congress and Left leaders are also feeling the heat as a result of the widespread distribution of this film. But this is not the first time Mamata Banerjee has lauded the RSS. While posting the video of Mamta Banerjee praising the RSS, AIMIM MP Asaduddin Owaisi said that Mamta Banerjee had labelled the RSS a patriot even in 2003. In response, the RSS dubbed her Durga. The RSS desires Hindu Rashtra. RSS has a long history of anti-Muslim ‘hate crime.’

“Hopefully, the Muslim leaders of the TMC will appreciate Mamata Banerjee’s honesty,” he taunted.