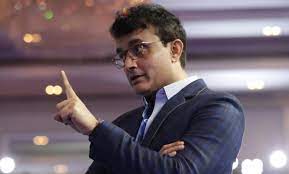 After a 10-year absence, BCCI President Ganguly was about to return to the cricket field. Sourav Ganguly, also known as the Prince of Kolkata, was appointed captain of the India Maharaja squad. Ganguly, Team India’s former aggressive opener, was scheduled to compete against the World Super Giants on September 16 at the Eden Gardens in Kolkata, but he withdrew his name from the league due to personal issues and a lack of time. According to media reports, Sourav Ganguly was supposed to play in only one match, which would take place during the Amrit Festival of Independence. This is a practise match. Former England captain Eoin Morgan leads the World SuperGiants team. Ganguly has also begun to prepare for this match. He also began going to the gym. ‘Dada’ was ecstatic about this match.