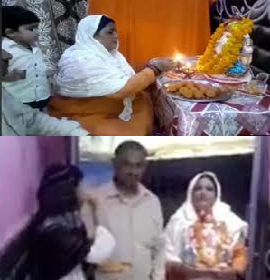 Ruby Khan, the leader of the Bharatiya Janata Party, has stated that she has received threats from clerics for worshipping Lord Ganesha in her house.

Muslim clerics have threatened BJP politician Ruby Khan after she installed a Ganesh ji idol at her home in Meerut, Uttar Pradesh. Aside from that, he stated that a fatwa had been issued against him for laying the foundation stone of the Ram temple, which he had worshipped at his home at the time. Everyone has turned against him, he claims. These individuals now want to kill me. I get threats, but I’m not the type of person who is easily scared. He claimed to have been attacked in the past. She is not worried, and she and her husband will do all of the ceremonies to immerse the Ganesh statue.