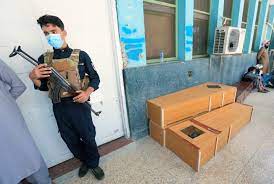 Due to terrorist threats and popular superstition, immunization (Polio Vaccination) is practically universal in two countries. Once again, a caravan of Pakistani health workers was attacked by terrorists. The incident occurred in the province of Khyber-Pakhtunkhwa. According to reports, four police officers in charge of the security of the vaccination workers were killed in this incident.

Since last April, fourteen new cases of polio have been reported in Pakistan. And they all come from the Khyber-Pakhtunkhwa province on Pakistan’s Afghan border. Elopathari began fire at the officers.

After being shot, four police officers died on the scene. Two people were hurt. The injured were airlifted to a hospital. The cops later began combing the area. Tehreek-e-Taliban, according to security agencies.