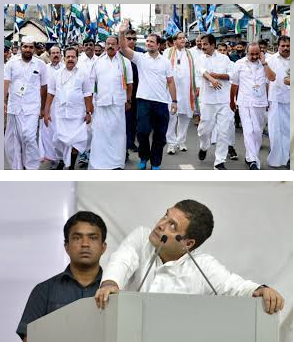 This time, the party has adopted a fresh strategy to turn things around. No party wants to be late in preparing for 2024. So, in order to develop public relations and the organization, Meanwhile, Rahul received an opportunity to become a’son-in-law.’ And how does Rahul react when he hears that? Another Congress MP, Jairam Ramesh, confirmed it.

Rahul spoke to MGNREGA workers in Marthandam on that particular day. He spoke with numerous female employees. At the moment, a woman told Rahul that they were aware of his affection for Tamil Nadu. This campaign was initiated by Congress to protest unemployment and price increases.

Rahul’s tour to Tamil Nadu ended on Saturday. He met MNREGA employees there. Rahul Gandhi has met Asia’s first female bus driver, according to Congress. Aside from that, he spoke with people seated in a tea shop in Kerala’s border region. Members of a popular YouTube channel were also present.

Every day, Congress leaders travel to different locations. According to Congress, a total of 3570 kilometres of padayatra would be held in 12 states. However, the BJP has challenged the Congress programme multiple times in recent days. Rahul Gandhi will meet ordinary people while wearing a foreign T-shirt, according to Home Minister Amit Shah.