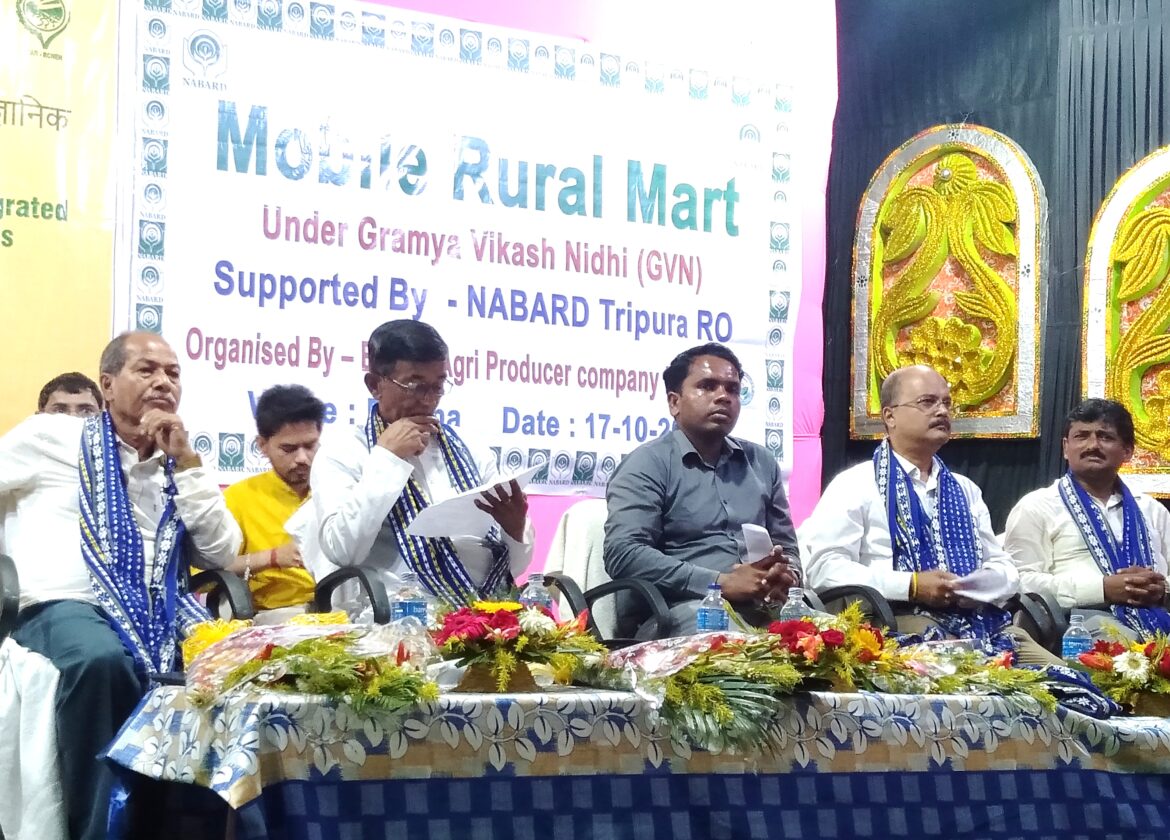 Siren News, Udaipur (Tripura) : As the land for doing agricultural activities of farmers in Tripura is limited and the farmers are called marginal farmers in the state, the NABARD is focusing on making proposals for farmers in order to arrange loans for integrated farming.
The GM of NABARD Loken Das for Tripura Regional Office has said the proposed plan of loan system for integrated farming in view of doing farmers benefit in the state Tripura. There is a programme organized by ICAR-Tripura at Bagma Community Hall for the benefit of farmers in order to achieve the goal of Government of India ‘Farmers’ Income Doubling’ where Govekar Mayur Ratilal, DM & Collector of Gomati District, Swapan Adhikari, Zilla Sabhadipati of Gomati Zilla Parishad, Jiten Majumder, Renowned Social Activist and Sudip Majumder, MD of Bagma Agri Producer Company Limited(BAPCL) have attended in the programme called ‘Farmers-Scientist Interaction on Horticulture based Integrated Farming System and Distribution of Planting Materials’ sponsored by ICAR-AICRP organized by ICAR Research Complex for NEH Regional Centre, Lembucherra in collaboration with BAPCL.
“It is the best opportunity for farmers to do their agricultural activities in proper way with the help of FPOs in accordance with the guidance of ICAR and NABARD for doing the development of farmers through farming activities”, said Govekar Mayur Ratilal, DM & Collector of Gomati District.
It is about 200 and more numbers of farmers across the South, Shepahijala and Gomati Tripura District received the benefits given by ICAR. The benefits are included with seeds, seedling, chicks and other agricultural inputs.
A farmer Namita Bhowmik said, “The chicks are of very good quality given by ICAR and the government needs to take this initiative at large with highest effort for the betterment of farmers”.