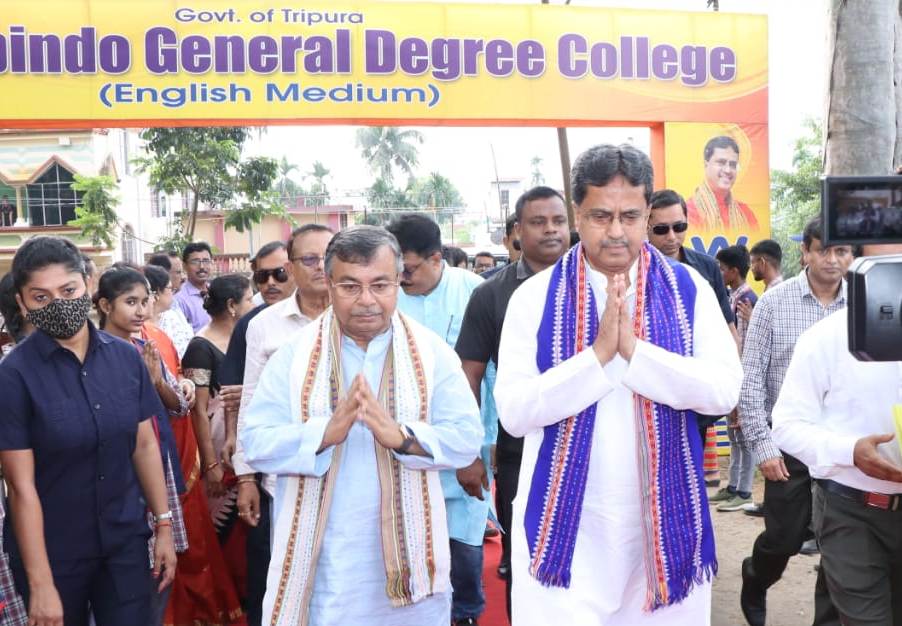 Inaugurating the college, Chief Minister Dr. Manik Saha said education can show the society in the right direction. English Medium College is a significant step forward in higher education in the state. He said that education is the backbone of society. Starting a new college is very difficult. He said, this college has been made possible by overcoming various problems with the efforts of the education minister and the education department.

He said that the government will make more efforts in the future for the development of education starting from the infrastructural aspects of this college. Addressing the students, the Chief Minister said that they should develop themselves as real people in the society.